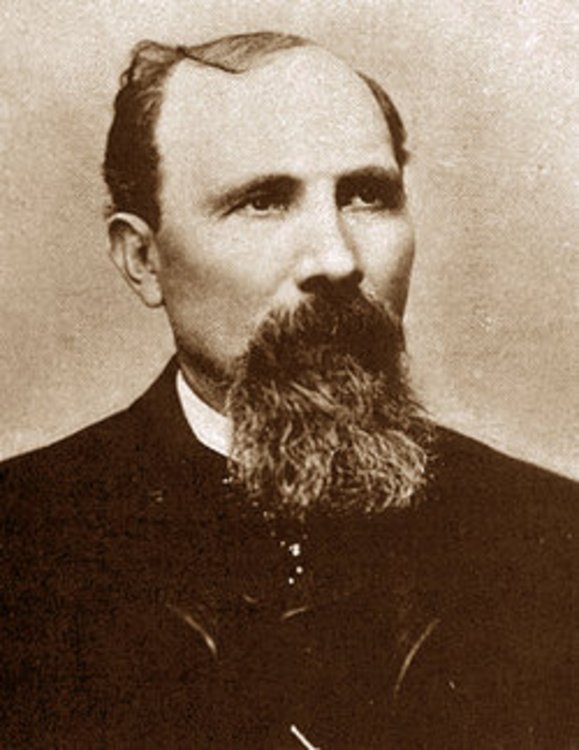 Joseph Stoeckle was born in Bad Buchau, Germany. Joseph was the youngest child of Xaver Stoeckle, born when his father was 54 years old. As a child, Joseph saw his siblings leave for America during the German exodus of the late 1840s. Upon reaching his majority, he followed them to New World, where he lived with or near his sister Agatha in Wilmington, Delaware. Agatha's husband, Gebhard Mutschler (also: Mutchler), was a 30-year-old trained brewer, working as a cooper due to Delaware's new Prohibition law.

Two and a half years later, on the 29th of November 1854, Stoeckle married Johanna (Hannah) S. Gropp, a gregarious and capable woman, possibly the daughter of a Philadephia tavern operator. When Delaware's Prohibition law was declared unconstitutional in 1856, the Stoeckles opened a saloon at 202 Tatnall Street. In 1858 they relocated the business to the more upscale address of 225 King Street. Here Stoeckle brought in his brother-in-law Gebhard to make beer for the patrons.

In 1861 war between the states erupted, and Mutschler heeded the call to put down the rebellion. Before Mutschler signed up to fight for the Union, he gave Stoeckle lessons on beer brewing. Despite the foreshortened apprenticeship, Stoeckle was a quick learner and continued providing his customers with palatable beer.

When Mutschler died in the war, the Stoeckle family had to learn to get on without their husband, father, mentor and partner. Taking strength and inspiration from his wife Johanna, Joseph Stoeckle expanded his brewing operations and opened a second tavern at a racetrack at the edge of Wilmington called Schuetzen Park.

In 1872 Stoeckle went into business with Augustus and Frank Bickta (also Bicta), James Clark, Edward McManus, and James Murphy to purchase the old Nebecker Brewery on 5th and Adams Streets. The Bicktas were the money men. They were wool and hide dealers and neighbors (and probably clients) of the old Stoeckle saloon on Tatnall. As the only partner with practical brewing experience in the new brewery, Stoeckle was made General Manager. In Sept. 11th, 1874, Augustus Bickta bowed out of the firm, and it was reorganized with Frank as the junior partner. On December 1st of 1875 Bickta and Stoeckle bought out the other partners, but just sixteen days later, Frank died, and Stoeckle was once again on short notice forced to continue business alone.

The company was renamed Joseph Stoeckle's Diamond State Brewery. By 1880 it had grown to be the second largest of Delaware's breweries in barrels produced, edging close to that of Hartmann & Fehrenbach. A devastating 1881 fire did not diminish for long the growth of the brewery. By 1893 the Diamond State had surpassed H&F in volume, putting out 30,000 barrels annually to their 25,000.

Joseph Stoeckle contracted tuberculosis and died on December 19, 1893, at the age of 59. Upon the passing of her husband, Johanna took over the management and ran the firm for the better part of the next decade until her own death on the 26th of January 1902. The next generations of Stoeckles kept the family business going in the face of encroaching competition from the massive Philadelphia breweries to the north and Ballantine's and Feigenspan's in Newark to the south. The brewery emerged from Prohibition with exuberance but was gradually squeezed out of business by the surrounding big firms and Delaware's stricter liquor laws. The last barrel rolled out the doors of the Diamond State Brewery during the spring of 1954.

This biography borrowed from, and was inspired by, John Medkeff Jr.'s book and website: http://www.delawarebeerhistory.com/the-big-three/diamond-state-brewery-2 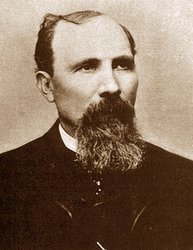 Joseph Stoeckle was born in Bad Buchau, Germany. Joseph was the youngest child of Xaver Stoeckle, born when his father was 54 years old. As a child, Joseph saw his siblings leave for America during... View More 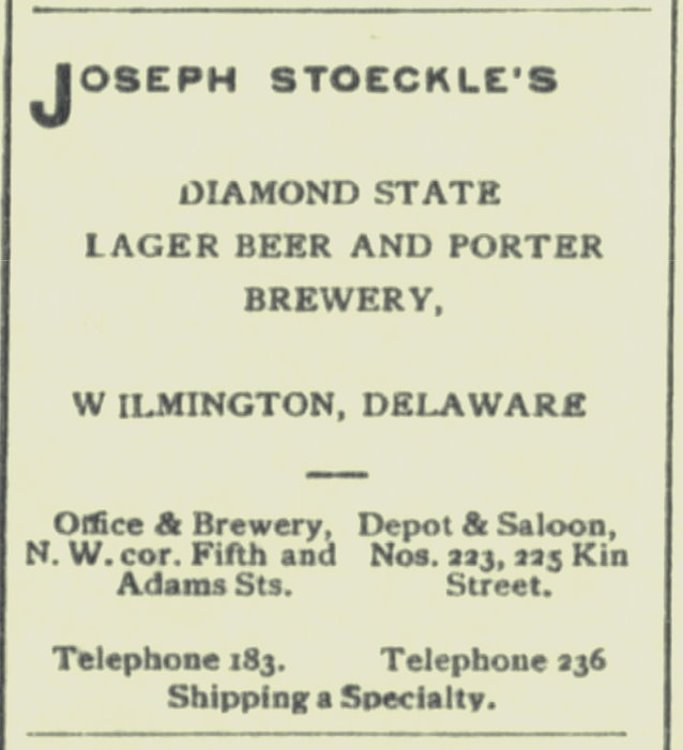 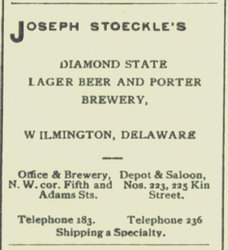 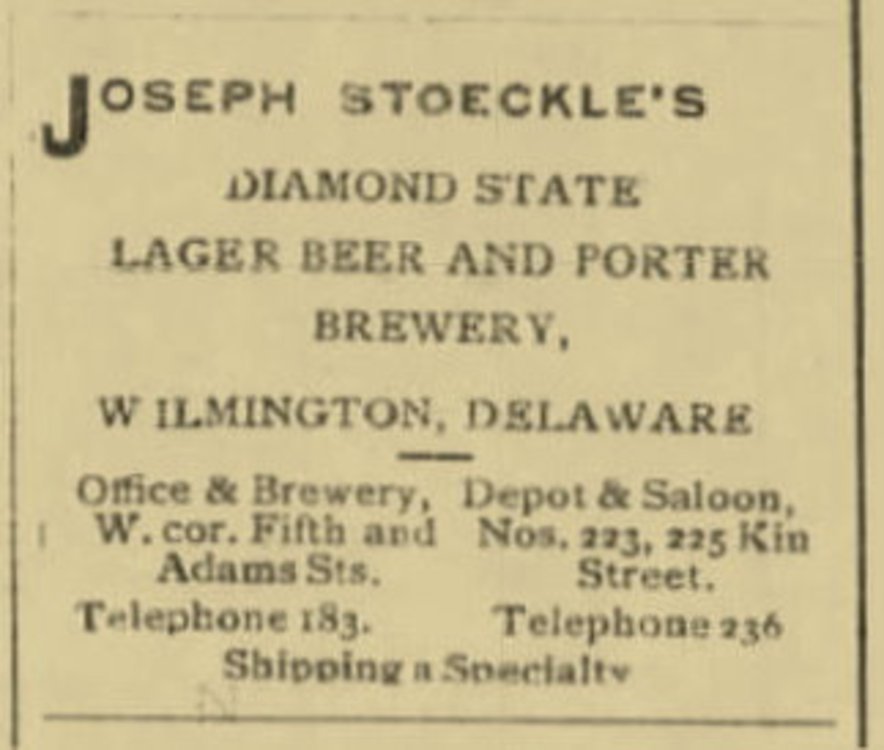 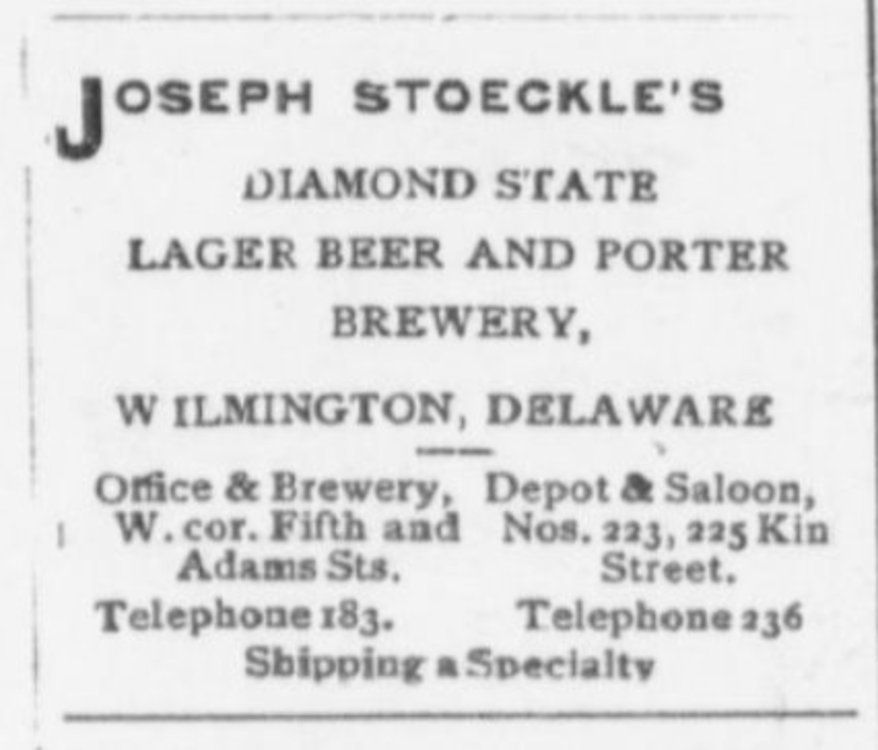 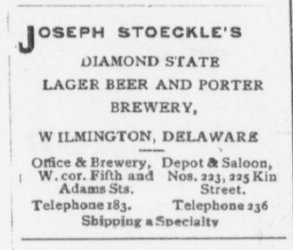 Herman Erb, Brewmaster for the Jos. Stoeckle Brewery in Wilmington, Delaware, died at his home.

Herman Erb, Brewmaster for the Jos. Stoeckle Brewery in Wilmington, Delaware, died at his home.
Photos 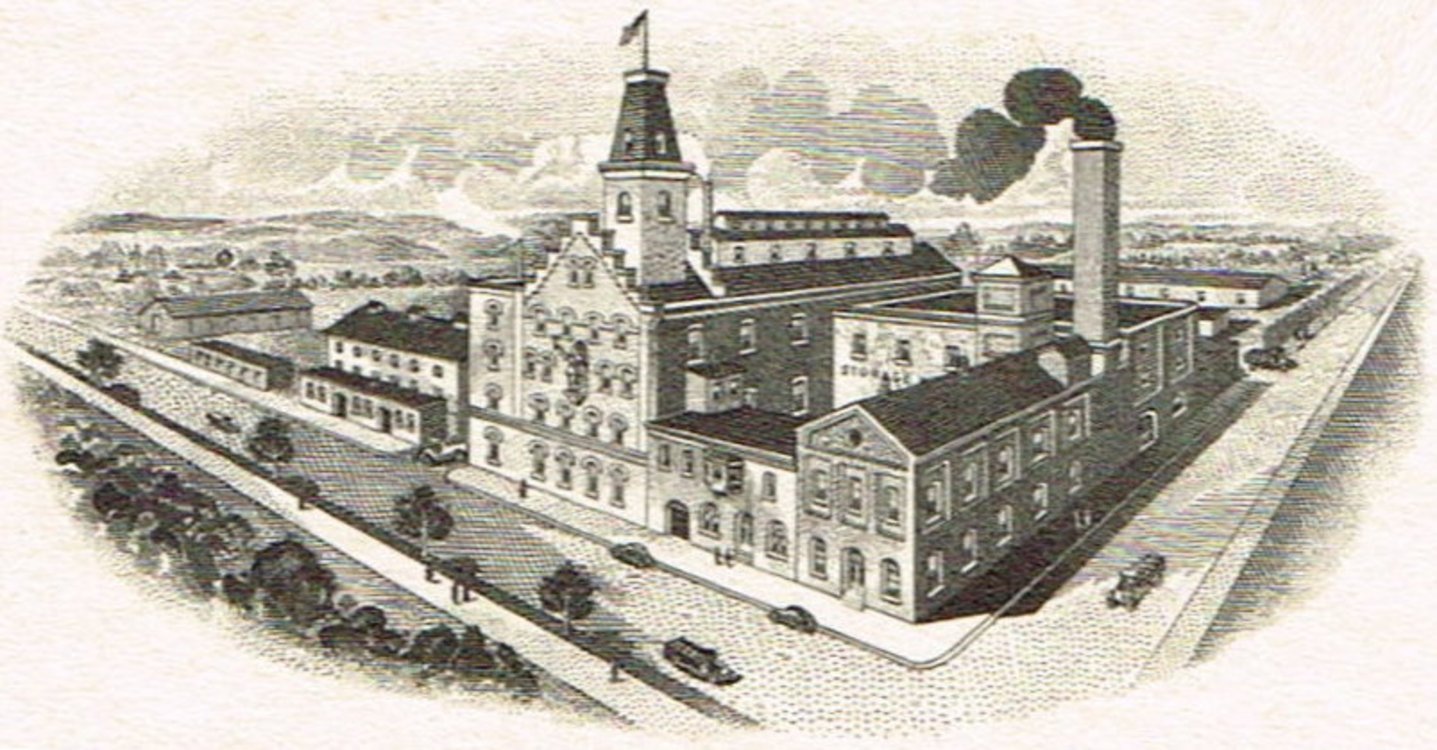 A vignette of the brewery from the first letterhead issued after the repeal of Prohibition. 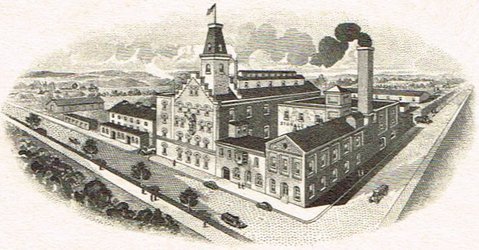