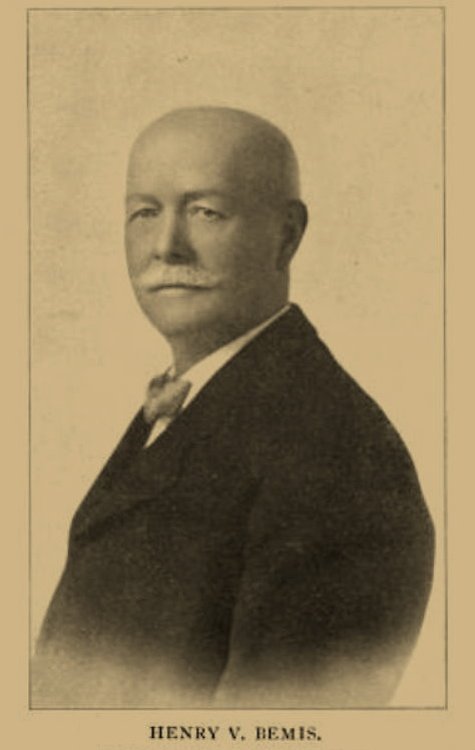 Henry Varenes Bemis Junior was born in Center Almond, New York, the son of a Baptist Minister. In 1859 he moved to Chicago, Illinois where he became a distiller in the young and rapidly growing city. He was an early member of the board of trade in that city and prized the membership card to his dying days.

In 1851 he married Martha A. Downer, the daughter of Truman Downer, a brewer who was had also just arrived from the East. In 1860 Bemis and his brother-in-law Corydon E. Downer formed a partnership and erected a small ale and porter brewery on the shore of Lake Michigan called Downer, Bemis & Company.

A few years later Downer followed Horace Greeley's advice and went West to pursue the beer-making business in the frontier. Bemis continued the brewery in Chicago, retaining Downer's name in the title for years afterwards. Under his guidance the brewery expanded and extended into the malting business.

After Bemis retired from the brewing in 1884 he took proprietorship of the Hotel Richelieu and he remodeled it into one of the grandest in Chicago. The hotel was considered retrospectively to be a decade ahead of its time. It was for this reason, the Chicago Tribune speculated, that the venture was a spectacular money loser.

Bemis was considered a "Bon Vivant" and spent his money as quickly as it came in. This lifestyle combined with massive losses from the Richelieu drained his assets. When in his 70s his health declined the friends he had won with decades of largesse were nowhere to be found. He became bitter and depression set in. On the 6th of March 1906 Henry Varenes Bemis Jr., "Cardinal Bemis" as he was called, put a gun to the back of his head and shot himself. His widow was left with scarcely a cent. 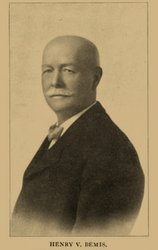 Henry Varenes Bemis Junior was born in Center Almond, New York, the son of a Baptist Minister. In 1859 he moved to Chicago, Illinois where he became a distiller in the young and rapidly growing cit... View More 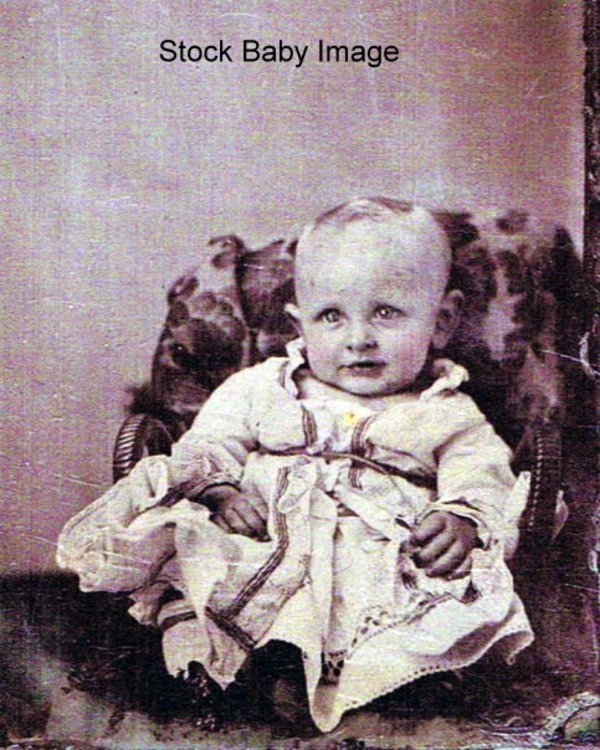 Today is a good day to remember Corydon E. Downer, who was born in Skaneateles, New York some time in October of 1834. He was the son of brewer Truman Downer and was raised by him and a stepmother, as his birth mother died when Corydon was just one year old.  In 1850, when Corydon was sixteen, his father brought the family west to Chicago where Truman opened a brewery. It was in that place that young Corydon learned the business of making beer.

in 1851 his sister Martha married an established Chicago brewer and distiller named Henry W. Bemis. Downer and Bemis hit it off and in 1860 they went in to the business together making ale and porter in a small stand at 16th Street on the Lake.

With their success they expanded to more locations.  They had a brewery on Cedar Street with Ara P. Dickinson, one on Cass street and another on Kankakee Avenue, and a malt house on South Park Avenue.

Perhaps it was Downer's genetic disposition for restlessness, or perhaps it was an effort to expand the Downer and Bemis brewing empire to another fledgling Western city, but in around 1869, 35 year-old Corydon Downer moved 460 miles west to Omaha, the Territorial Capital of Nebraska.

Omaha had just fifteen years earlier been Indian territory.  The newly-opened Nebraska boomtown probably had the similar atmosphere of opportunity as Chicago did in 1860.  Downer found a partner there in Phineas Dodge Ballou and began working in his Spring Place Brewery.  At around the same time Henry V. Bemis, Downer's partner in Chicago, started the Brewer & Bemis Brewery at the Foot of Pacific Street at East 6th.

In a town of already established brewing giants Fred Krug, the Metz Bros. and the Columbian (which employed Gottlieb Storz) the Spring Place Brewery was an also-ran.  So in the autumn of 1876 Corydon and Phineas packed up their brewing equipment  and joined the long trail of wagons heading west to the Dakota Territory boomtown of Deadwood.

I can find little more about the Corydon and Ballou's Spring Place Brewery in Deadwood other than a couple of reports that said they did a "good business" there.  But the partnership was short-lived, as Ballou died just a few months later in January 1877 while scoping out mining claims.

Downer continued brewing in Deadwood until at least 1878, but for the twenty years following history has no record.

In the year 1900 Corydon Downer appears in the Hyattsville, Wyoming census, and according to family lore he passed his last years in that area. As is the case with so many others who contracted "gold fever", the West is where the written history of Corydon Downer ends. He was likely buried somewhere in the Black Hills in a grave long ago forgotten. 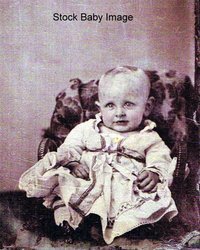 Today is a good day to remember Corydon E. Downer, who was born in Skaneateles, New York some time in October of 1834. He was the son of brewer Truman Downer and was raised by him and a stepmother,... View More 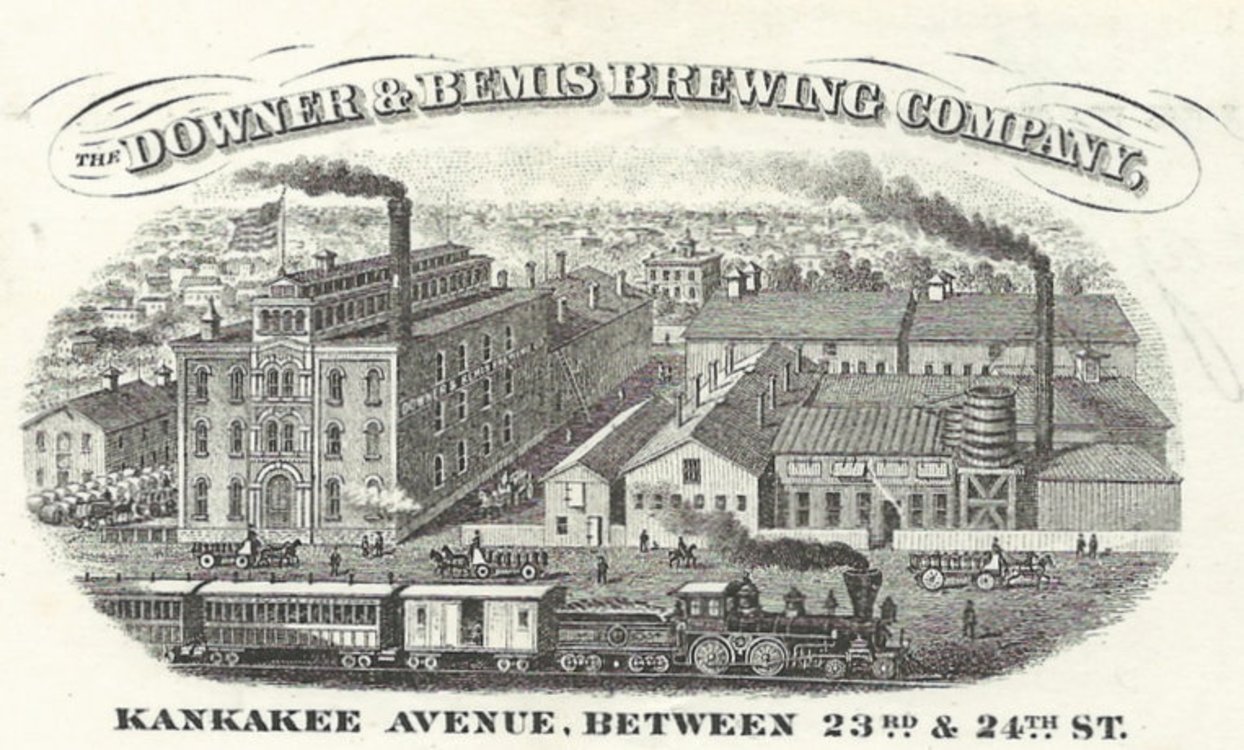 Nice vignette of the brewery from an early letterhead. 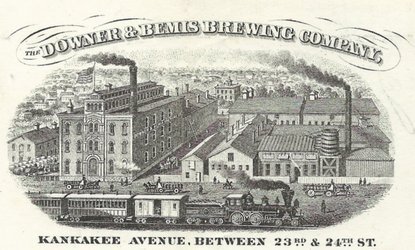 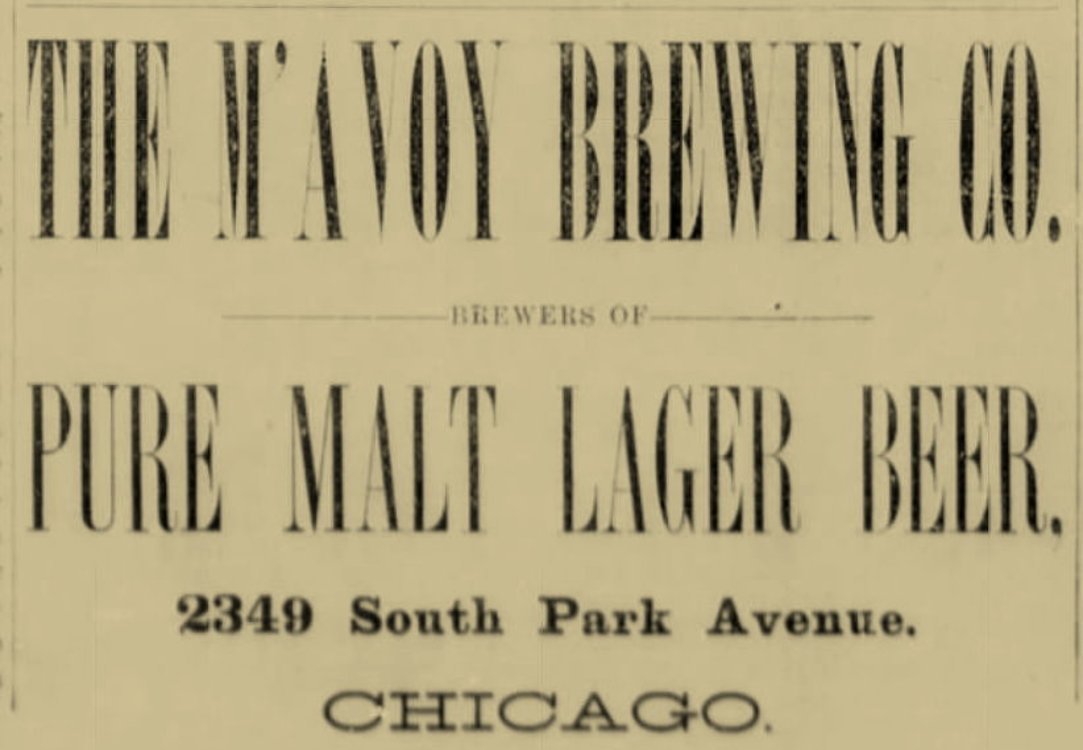 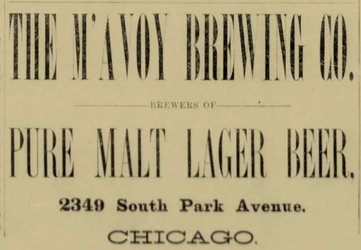 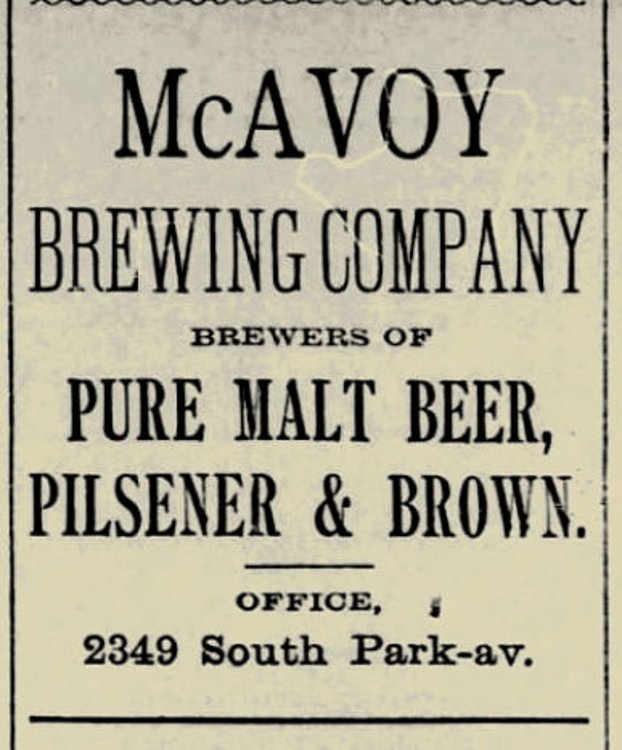 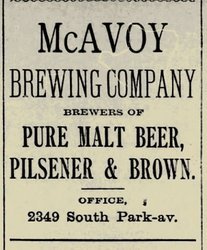 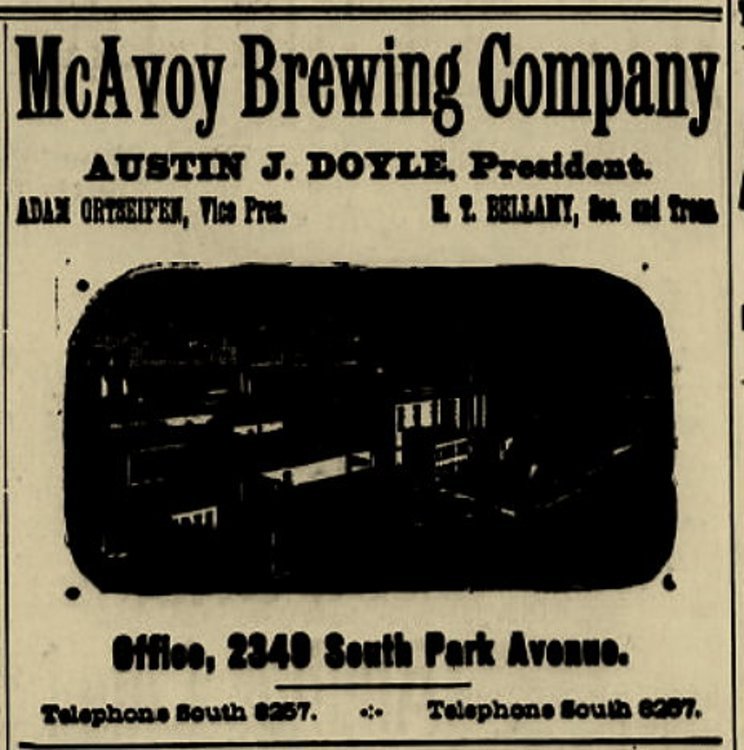 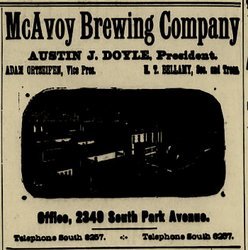 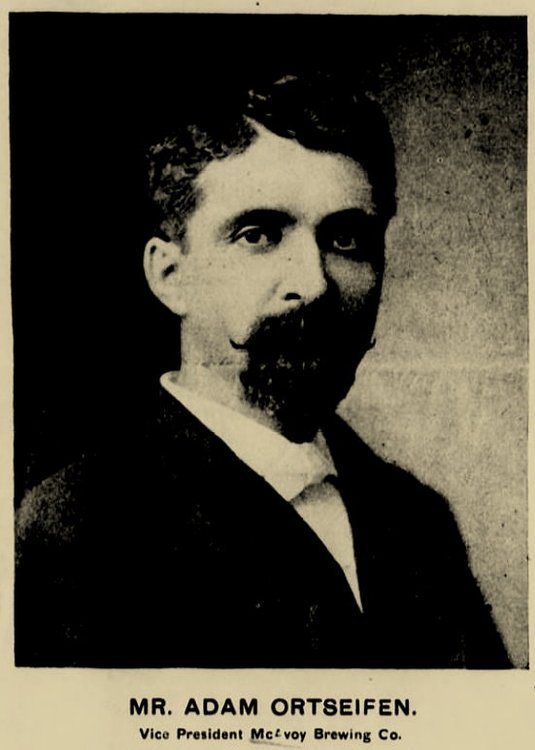 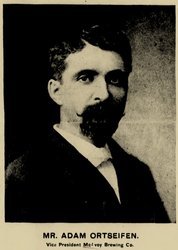 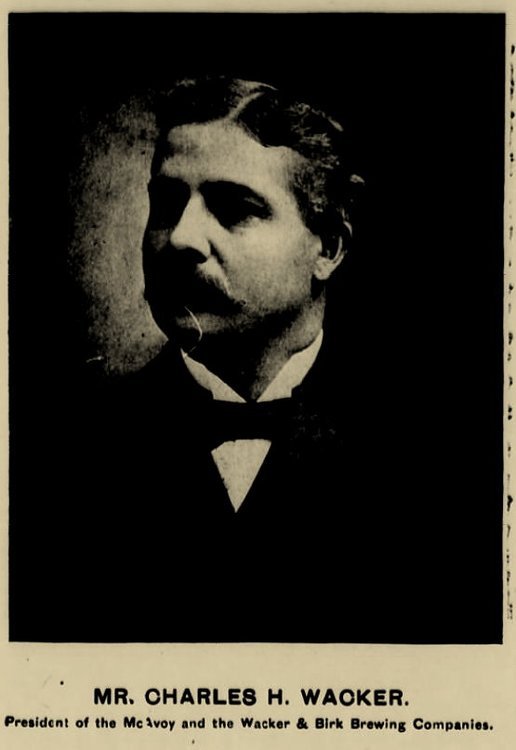 Charles M. Wacker, president of the McAvoy and Wacker & Birk Breweries of Chicago. 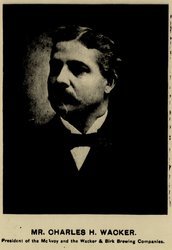